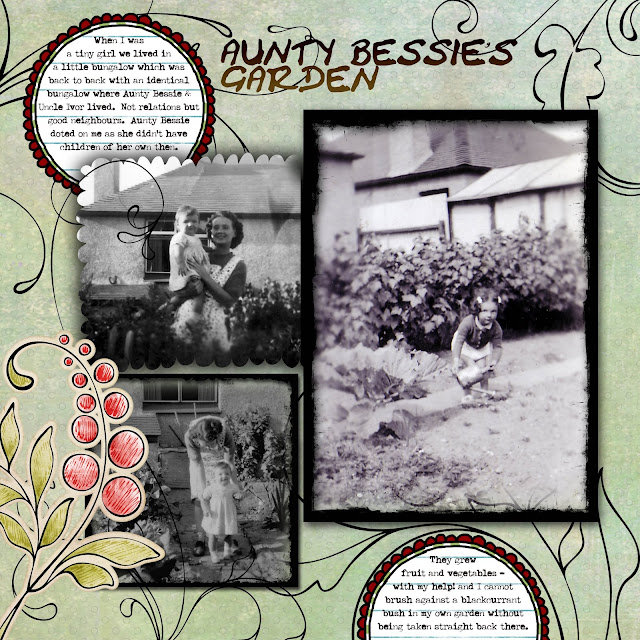 I don't remember when I first became a keen gardener. As children we did have our own little flower patches, but it was probably when I moved to my tiny terraced house and became the owner of a very small garden to grow things in that my interest grew. Dad had always gardened and we shared our interest in growing things. I've gardened ever since but now look after my mother's huge unruly garden as Dad is no longer there to care for it, and sadly my own garden is neglected and has reverted to a jungle.

But I love it (as you may have guessed from previous posts) and this may be where it all began! I have no memory of the garden at the bungalow where I was born but from photos it seems it was just grass and a sandpit my Dad made for us to play in. But I can remember Aunty Bessie's garden behind - I have a vivid memory of those blackcurrant bushes which is so easily recalled by rubbing a blackcurrant leaf between my fingers and releasing that wonderful smell. This photo of me watering Aunty Bessie's seedlings was taken in 1950 and I like to think this is where my love of the soil started.
Posted by Ann at 21:22