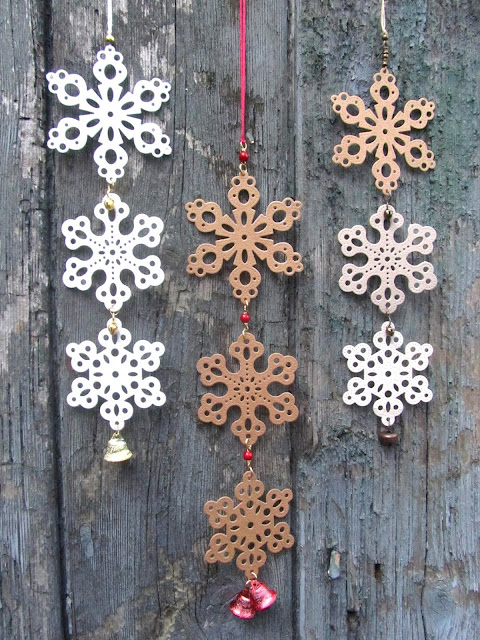 I've been rather obsessed by bells this Christmas season - almost everything I've made has had a jingle added! There are lots of bells on these snowflakes I've made to hang in the window.

I saw these Pierced Snowflake dies from MFT (My Favorite Things) on the Make the Day Special Blog and really liked what Jenny had done with them. There are lots of snowflake dies on the market, and I do have a few, but these are really pretty and even though I often have difficulty with larger dies on my ancient cuttlebug, these cut perfectly and even the tiny dots around the edges are well defined. 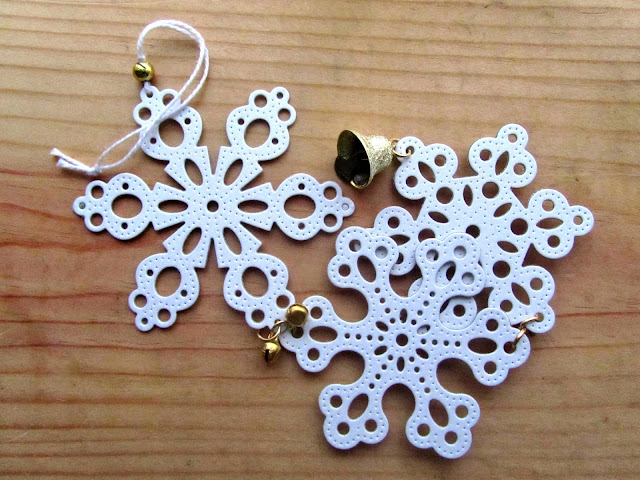 As usual I've used cereal box card. Yes, all these really are cut from just cereal boxes - there is no top layer of fancy paper. As snowflakes are, of course, symmetrical I cut two for each and glued them back to back. As soon as I've glued each shape I quickly put it under something heavy to keep it flat and well stuck - a pile of magazines is perfect as you can put two or three between each magazine with a big pile on the top. 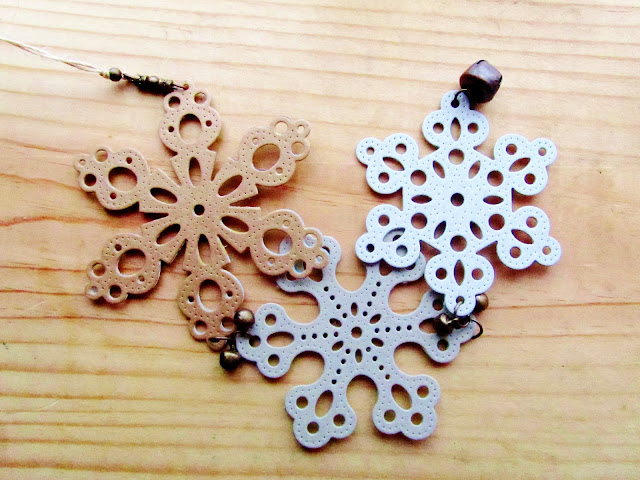 The white card comes from a rather expensive cereal I always buy when its on offer, but I really like the natural card too. You'd probably pay quite a lot for "Kraft" cardstock in a shop or on line so before you assign your empty grocery packets and boxes to the recycling bin I'd advise you to take a second look - you never know what you'll find inside! 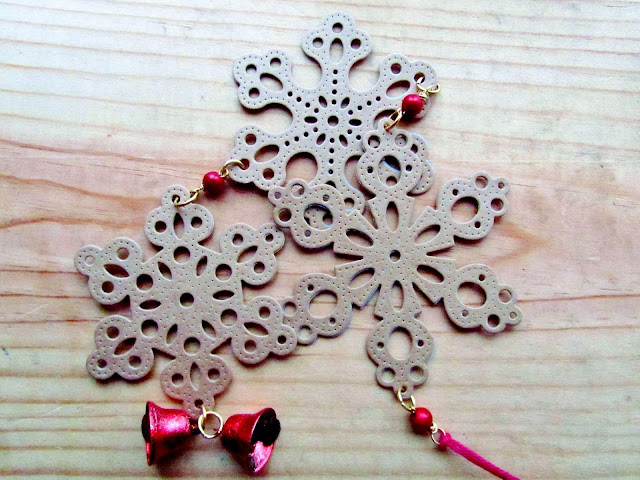 I've joined the snowflakes together with jumprings and added the bells with jumprings too so that they stay loose and jingle nicely. The one with red bells has a couple of beads added too. A bit of wire or twine would do just as good a job if you don't have jumprings in your stash. 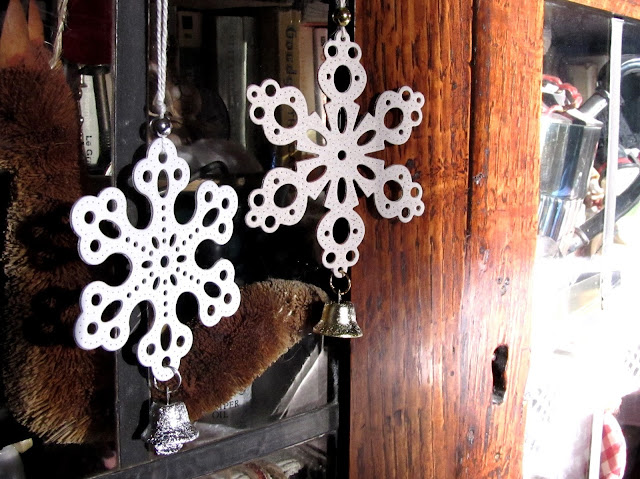 They don't have to be joined together though, they are just as pretty on their own. But of course I still couldn't stop myself adding a bell or two! :o)

Just realised the background in that photo looks a bit strange! No, I haven't shut the cat in the cupboard - its a bottlebrush fox waiting to be released and put on the Christmas tree! However I have to admit Titch is finding it difficult to get a comfortable spot for her naps amongst all the chaos that is my Christmas crafting space!!! 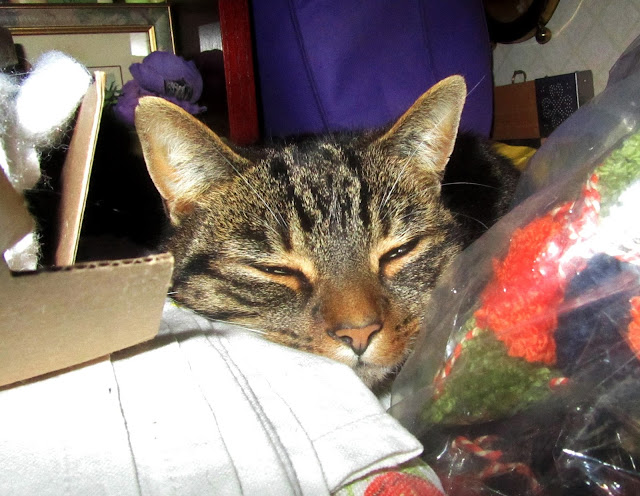