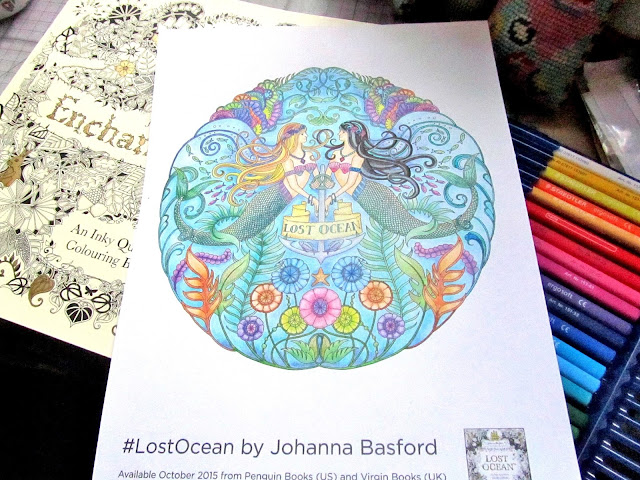 Hands up whose been sucked in by the current craze for adult colouring!  Add me to the list!  This week I've spent a couple of hours every evening sitting at my Mum's kitchen table with pencils and a pretty image colouring away. Took me back to my childhood when a new colouring book was a treat bought with my Saturday afternoon sixpence in Woolworths or W H Smiths. 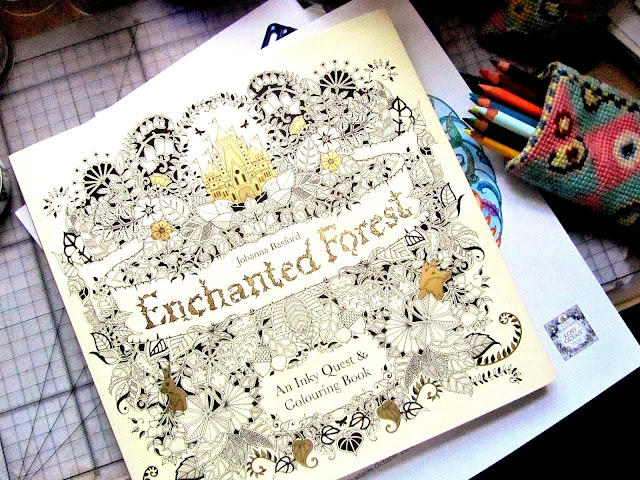 But now in 2015 the queen of colouring is undoubtedly Scottish illustrator Johanna Basford.  Her first book, The Secret Garden, has sold over a million copies and has been translated into 14 languages! Already a very talented artist of course, Johanna's idea to turn her illustrations into a colouring book, and one for adults to boot, has shot her to fame. I came across her books when looking for a colouring book for my mum.  At 91 and in frail health, she doesn't go out now. I thought she might like something other than watching TV or doing crosswords to pass the time but I have to say all the adult books I looked at (and there are many!) were far too intricate for her eyesight. However I was rather taken by Johanna's second book Enchanted Forest myself. 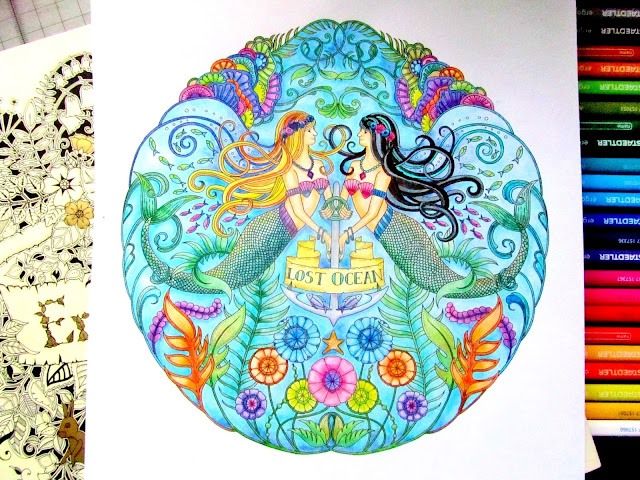 Being a stamping card maker I already use pencils and markers but I was still reluctant to spoil the pages of my new book. After all its easy with cards - you just start again if there's a mistake or blot on the image. However I found some free downloads here and here and set to practicing. 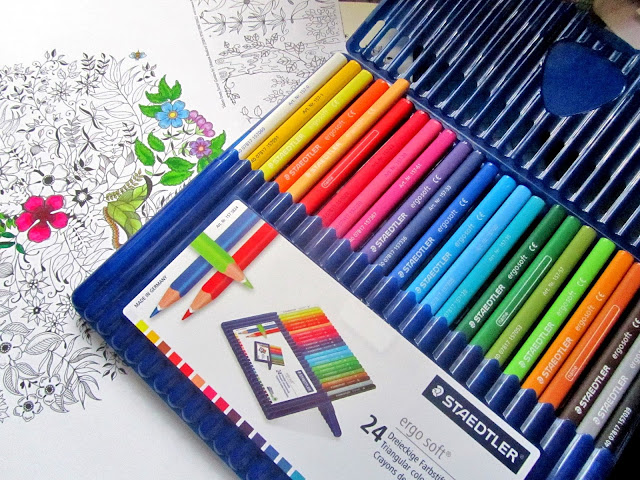 I printed the pages on thin white card and found my Staedtler pencils gave a pleasing result. I also liked the effect of Kuretake Clean Color Brush Pens but sadly my Copics are out as they would bleed through to the other side of the page - disaster! 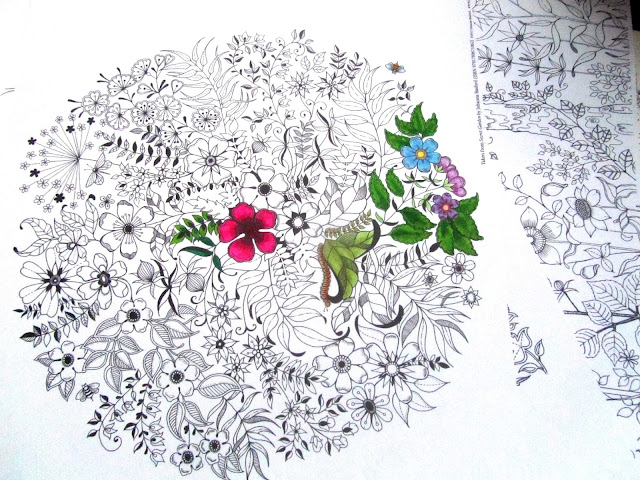 I finished my first page last night and, oh dear, looks like I've started another already!  Apparently I'm not the only one addicted though. Take a look at the Colouring Gallery on Johanna's website. Some pretty impressive work there! Hmm, might just add my mermaids to its walls.
Posted by Ann at 14:33