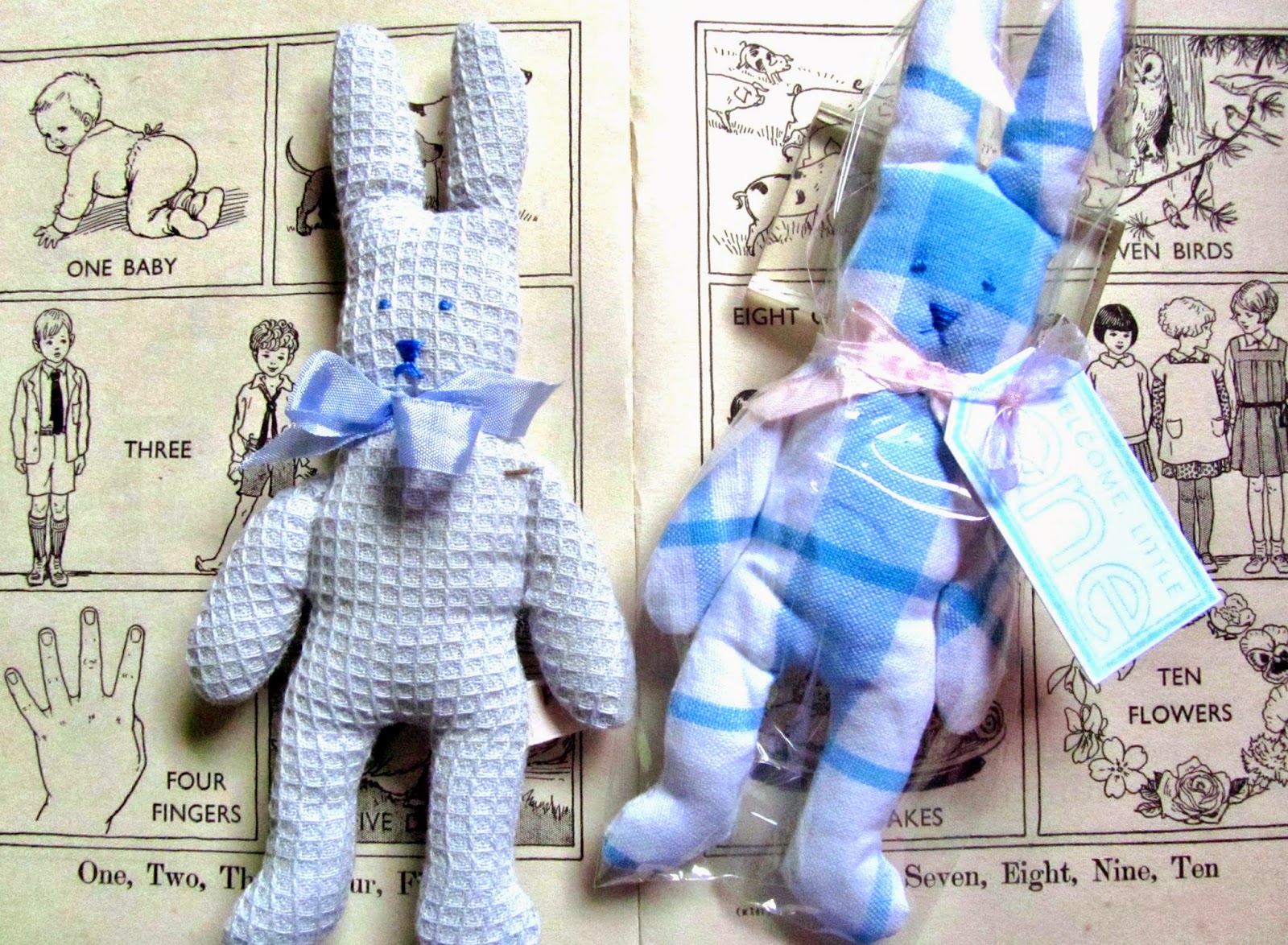 A month or two ago I wanted to make a little gift for a friend of a friend who had just produced a beautiful baby girl.  I sewed a simple bunny from a template I found in a book.  I wanted to use fabric that would be soft and of course would wash well and decided to try a pretty tea towel I came upon in our local bargain basement shop. 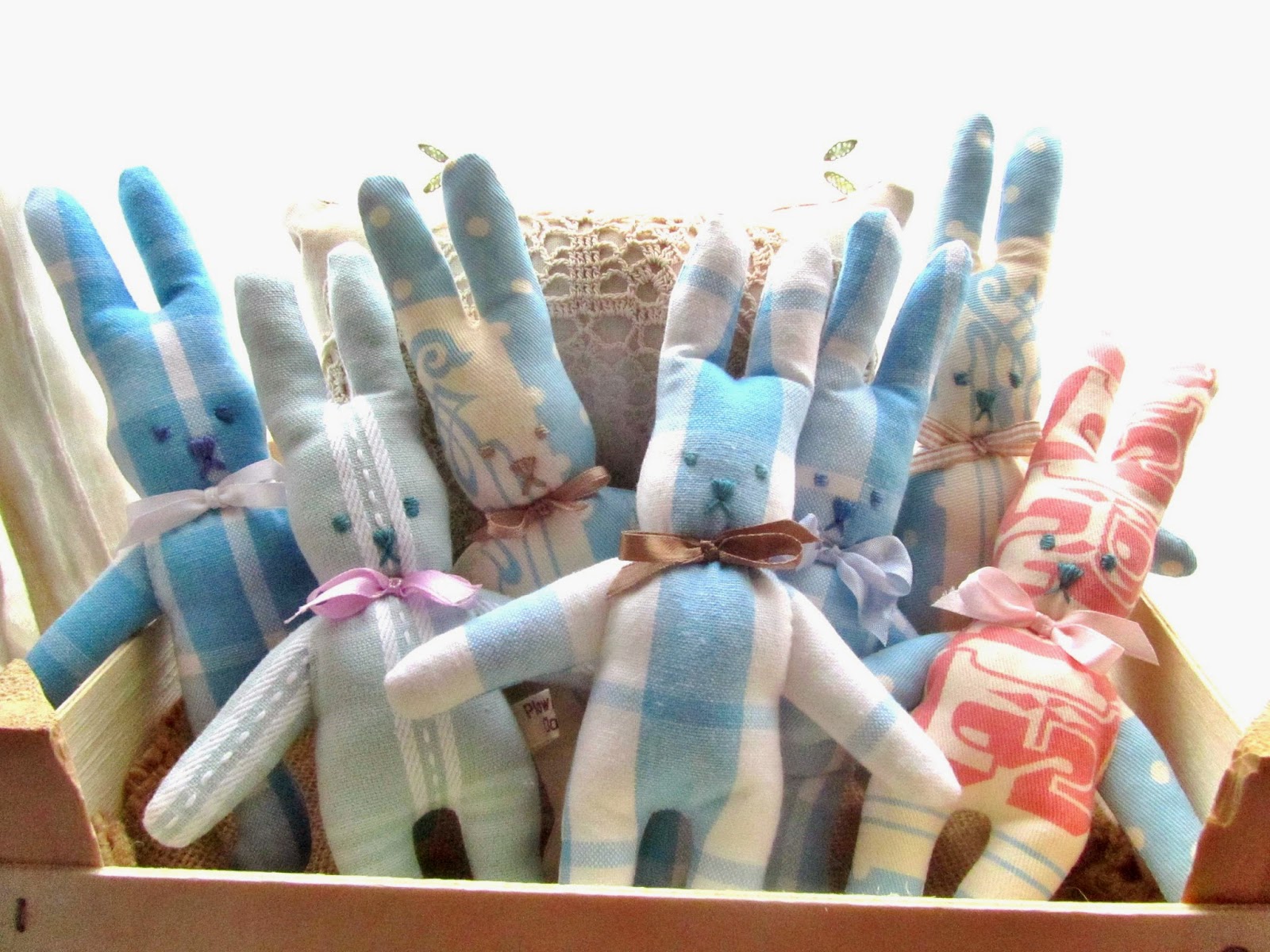 Well after that the bunnies started to multiple - as they do - and I went out and bought more tea towels.  I also modified the pattern to make the bunnies a bit easier to stuff and finish off neatly. 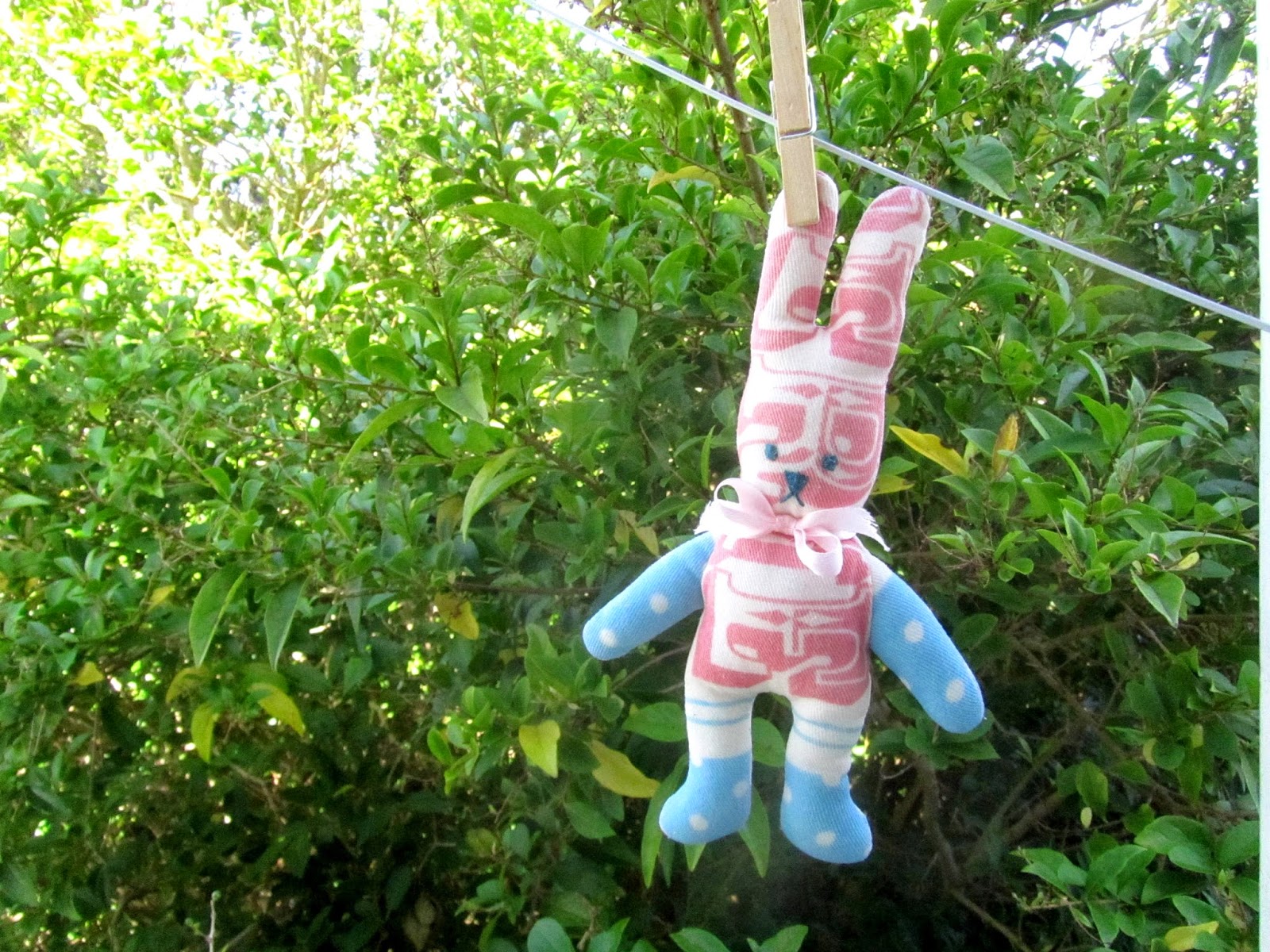 After about half a dozen bunnies I had the horrible thought that I should have washed the tea towels first - the labels did say there might be shrinkage.  But what about the bunnies I'd already made - I was worried.  Well one bunny very bravely came forward and volunteered to join my next load of washing in the machine. 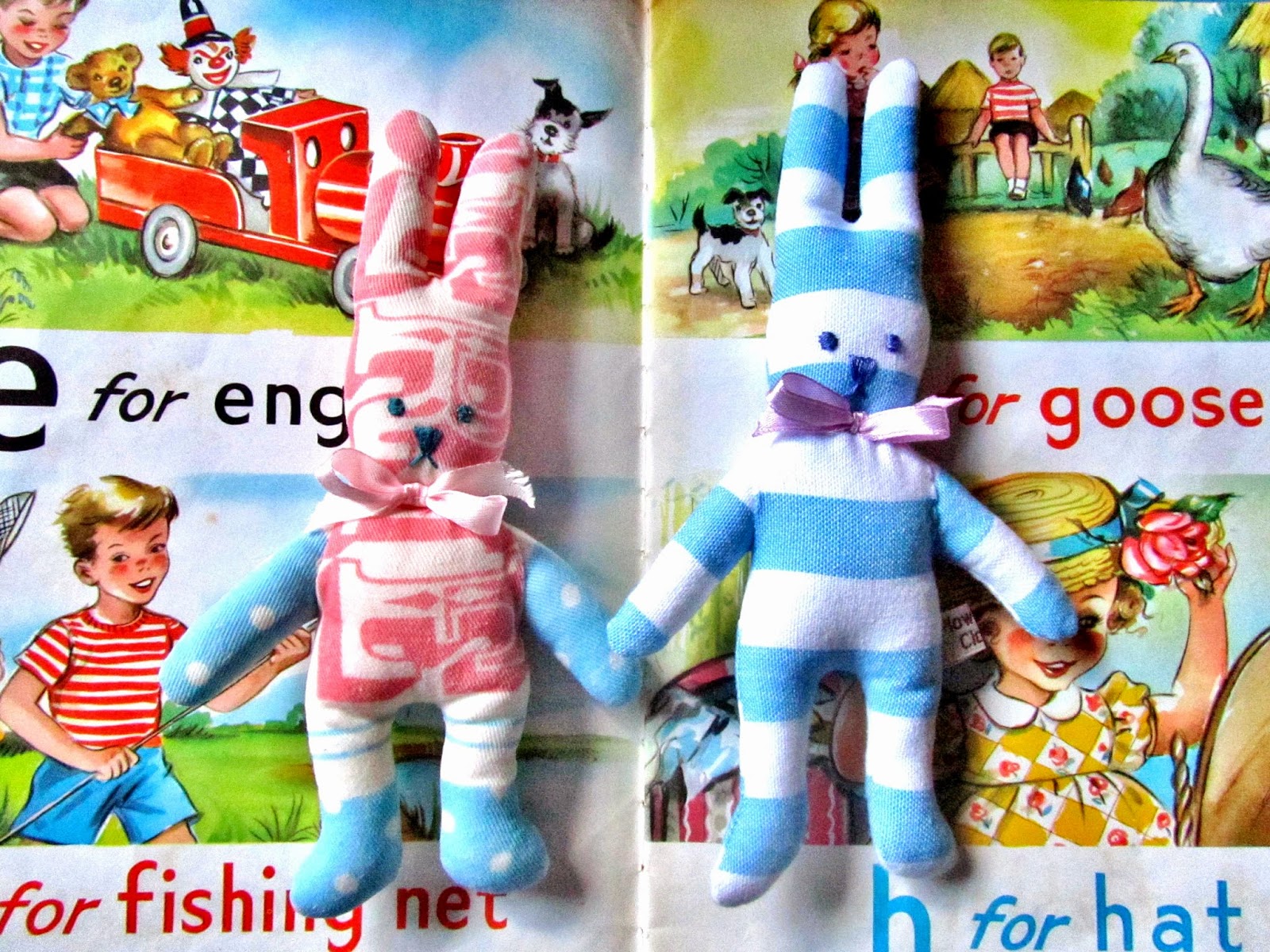 I'm happy to say pink bunny survived intact apart from a slightly frayed ribbon, though he is now about half an inch shorter than his friends!
Posted by Ann at 23:39